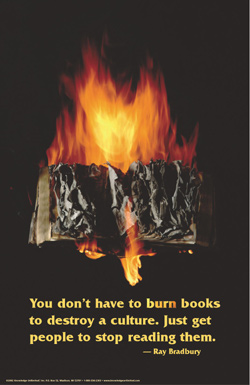 Each year, the American Library Association (ALA) observes Banned Books Week as a reminder that attempts to limit our Freedom to Read persist in the United States.

The ALA collects reports of attempted and successful book bannings from public and private schools and libraries nationwide. There are hundreds of such cases reported annually, and an unknown number go undocumented.

A Book Ban results when an individual or organization attempts to have a book removed from library circulation or from a school reading list and is successful in doing so; a Challenge results when the attempt is unsuccessful.

The ALA web site (www.ala.org) provides detailed lists of the most frequently banned and challenged books over the years.

Recently, the "Top 10" have included Sherman Alexie's The Absolutely True Diary of a Part-Time Indian, The Harry Potter Series, The Lord of the Rings trilogy, the Hunger Games series and other familiar titles.

Books that have been among the most targeted for decades include classics like Fahrenheit 451, 1984, To Kill a Mockingbird, Slaughterhouse Five, The Color Purple, Beloved, and The Adventures of Huckleberry Finn, among others. 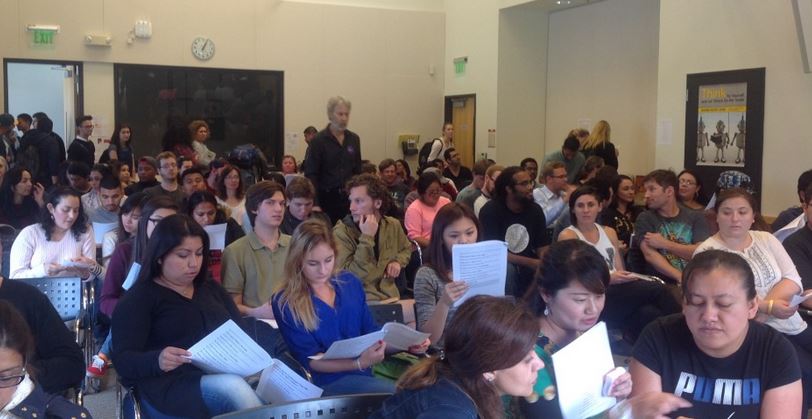 [The 2015 Banned Books Read-Out at MPC. Photo by Kristin Darken.]