The MPC Certificate in Creative Writing!

With great imagination, energy and unfailing encouragement of his fellow writers, Baer has been an invaluable member of the MPC Creative Writing community. We thank him for his work and wish him the best as he goes on to his university studies in Seattle!

A natural continuation of ENGL 54: Novel Writing, Novel Writing II is also suitable for writers who already have a novel in progress but who have not taken ENGL 54.

Consult the Schedule of Classes to find Creative Writing classes offered each semester at MPC.

Congratulations to Our Students:

accepted into the English Program

at Saint Mary's College of California.

accepted into the Animation Program

at the University of Washington.

accepted into the Master of Fine Arts (MFA) Program

And to the most recent recipients

of the MPC Certificate in Creative Writing: 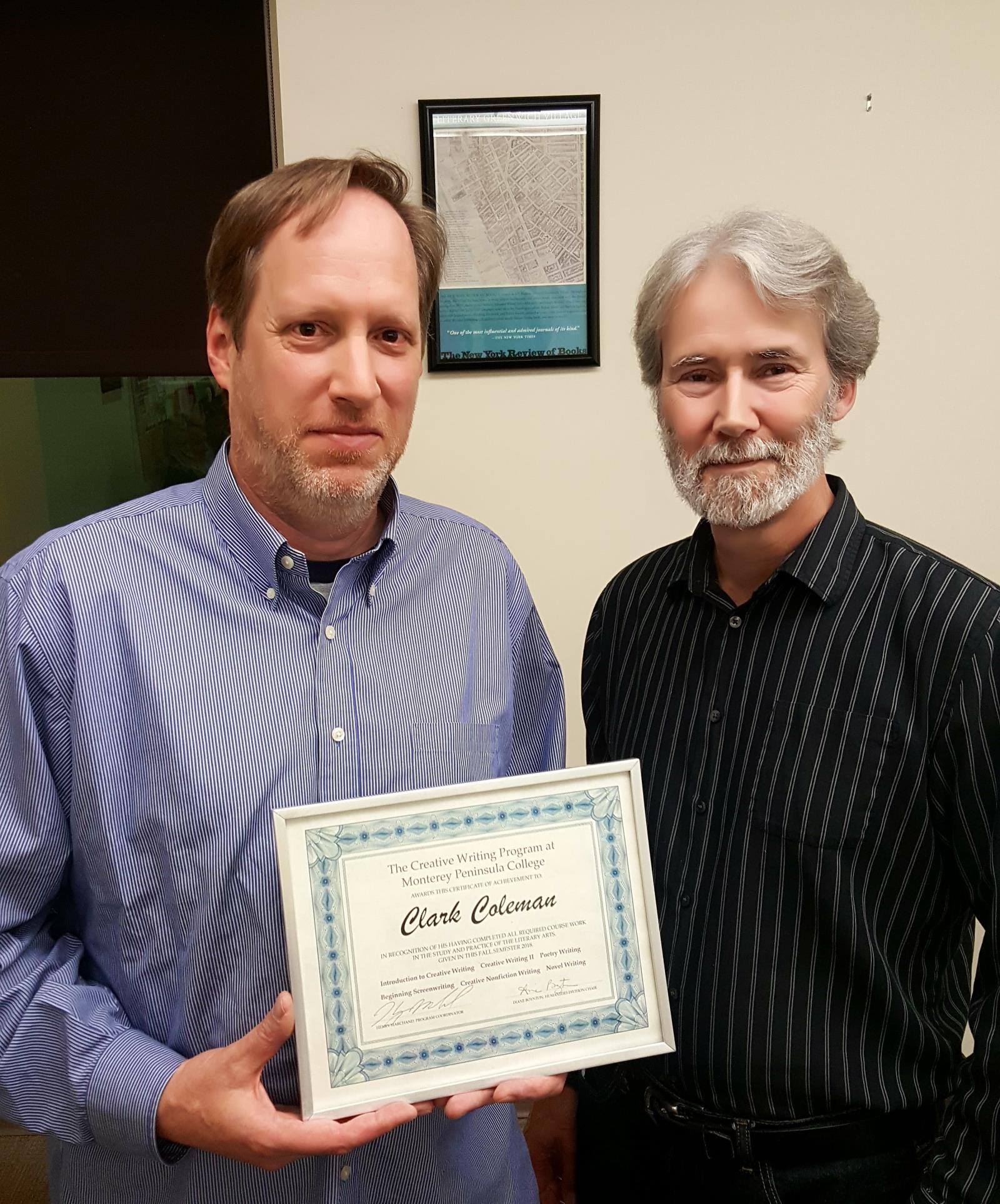 Jeff McKown's  first novel, Solid Ground, has been published by Nine Star Press. The book tells the story of writer Conor McLeish, who realizes as his 40th birthday approaches that he is finally living the life he’s always dreamed of -- and that he isn't happy. With a gift for self-sabotage and an unfortunate Jameson habit, Conor faces crises in his relationship with his longtime boyfriend, Will, with his parents and force-of-nature grandmother, and with the man he sees in the mirror, who so far just hasn't been what he might be. Jeff McKown is now working toward completion of his second novel, which he has worked on in MPC fiction writing classes.

B.A. Rios' Rain Shadow is now available from Amazon and other vendors.

The Creative Writing Program is pleased to announce the publication of the first novel by former MPC student B.A. Rios. The author worked on this, the first book of a series, in fiction and novel writing classes here at MPC, and it's a thrill to once again enter the forbidding, drought-stricken world of this vividly imagined story, rich in character and action.

Linda Jones' poem, "Life Turns," has been published in VoxPoetica. She has also published a book of narrative essays, Romancing the Sur: Reflections on Life in Big Sur.

Tanya R. Fadem's poem, "Like Vines: A Response to The Two Fridas by Frida Kahlo" appeared in the Spring 2017 issue of Compose: A Journal of Simply Good Writing. She has since completed a chapbook of poems, working with Creative Writing faculty member Brandi Kary in an Independent Study.

"the dirt and the bone," a poem by Brittany Winland, appeared in a recent issue of Kestrel: A Journal of Literature and Art.

"The Quarry," a short story by former Scheherazade Managing Editor Marc Ferris, has been selected to appear in Last Outpost, an anthology of military-themed science fiction from World Weaver Press.

"The Guaxineau," another of Marc's stories, appears in the horror anthology Creature Stew.

A poem by MPC Creative Writing instructor Brandi Kary will appear in the June 2019 issue of Virga. She has previously had poems in The Homestead Review and The Voices Project. Her poetry has also been published in Flutter Poetry Journal, Calliope Magazine, and elsewhere. Brandi will serve as a judge in the Tor House poetry contest this year, along with former MPC English faculty members Elliot Roberts and George Lober.

The Creative Writing Program maintains a lending library of books, magazines and videos of interest to writers. Housed in the Humanities Division Conference Room (HSS104), the library is accessible when the room is not in use for other purposes (academic meetings, students taking make-up tests, meetings of The Great Books Club, etc.)

Available to borrow and return are books about writing as well as novels and books of poetry, short fiction, and nonfiction; writing-related magazines, including The Writer's Chronicle, Poets & Writers, and more, and recent editions of The Novel & Short Story Writer's Market.

DVDs of Guest Authors Series events featuring many of these writers are also available in HSS104 and at the campus library. (The library also has Guest Authors' books.)

If the room is not in use when you arrive but is locked, ask Michele Brock in the Humanities Division Office (HSS109) to let you in.

Please do not enter the room if a meeting or make-up test is in progress. 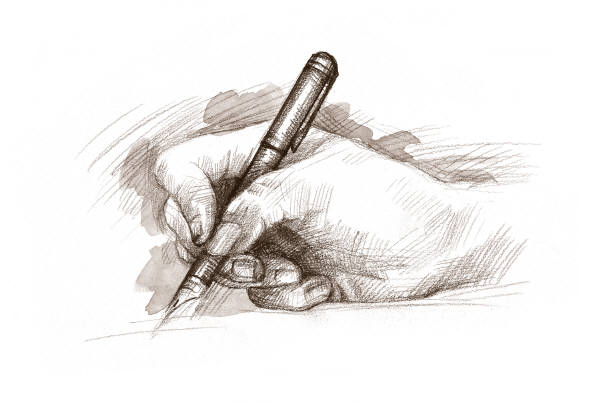 Visit our YouTube page for videos of Guest Author events