The Women’s Movement at MPC 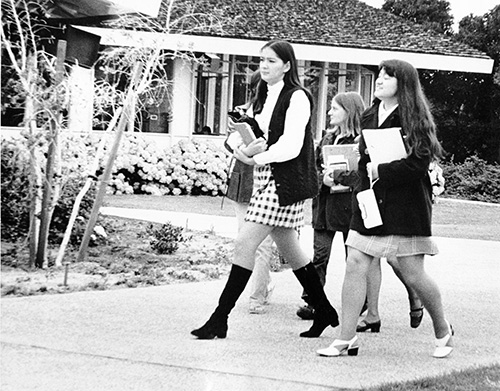 In the 1950s and 1960s, articles about women in the MPC student newspaper focused on typically feminine roles and activities, such cheerleading, fashion shows, and the selection of the Homecoming Queen.  In the 1970s, MPC students began to speak out about women’s rights and women’s liberation. 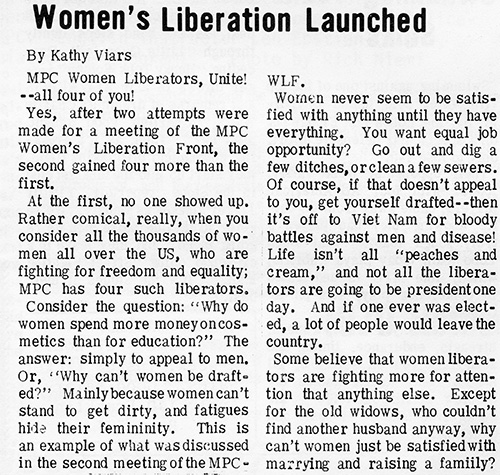 A first attempt to organize the “MPC Women’s Liberation Front” in 1970 brought out only four women. 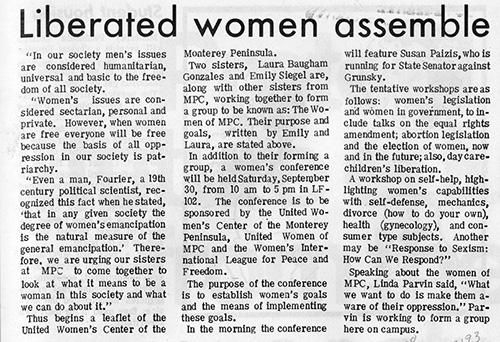 Just two years later “The Women of MPC” were well established and holding conferences and seminars on campus. MPC faculty Edith Karas and Denise Coniglio were vocal supporters of the women’s movement.

Over time, the MPC community became less tolerant of sexism.  In 1974, when El Yanqui ran a full-page spread with photos of “the most beautiful girls” on campus, they received an unprecedented number of letters to the editor protesting the newspaper’s sexism.  In response, El Yanqui published “More than just a pretty face,” another full-page featuring MPC women actively engaged in their studies and pursuing their interests on campus. 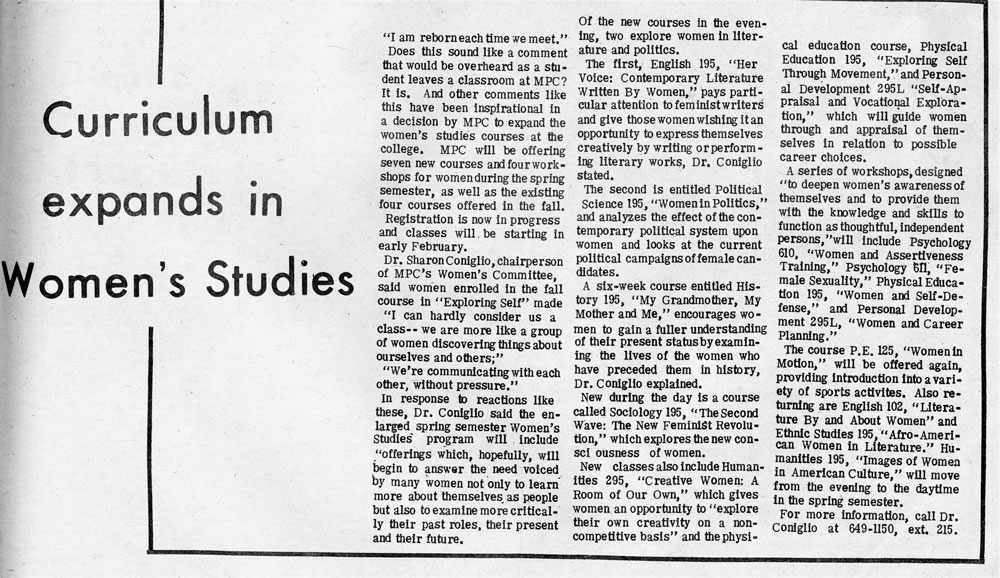 The development of the Women’s Studies program was slow.  In 1975, the college began offering new classes, but Women’s Studies remained an “area of emphasis” until almost twenty-five years later, when MPC introduced a Women’s Studies associate degree in the fall of 1999.