On March 24, 1961, the Rev. Martin Luther King spent the day on the MPC campus. Classes were cancelled that morning so that students could attend an assembly where King lectured on the “moral and spiritual factors of integration”. Later in the day, Dr. King gave a press conference in the Student Union. Finally, at 8 pm, he lectured on “The Power of Non-Violence” in the MPC Armory to a full house of 900 people. An overflow crowd of 500 listened to his speech over the intercom in the Student Union and in the Library Lecture Hall.

In his speech at MPC, Dr. King addressed the “crisis in our race relations” and outlined his approach to solving the problem of segregation with “non-violent dynamic spiritual resistance”. According to the El Yanqui student newspaper, Dr. King explained that “the Negro demands a new kind of justice which breaks down the barriers of racial discrimination and segregation and gives the Negro the first-class citizenship which is his constitutional right.” Yet King emphasized that we must achieve “moral ends through moral means. Destructive means cannot bring about constructive ends”. 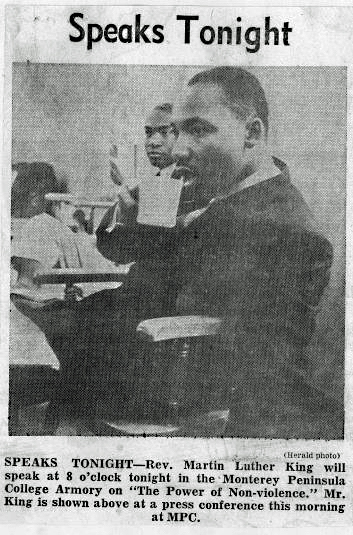 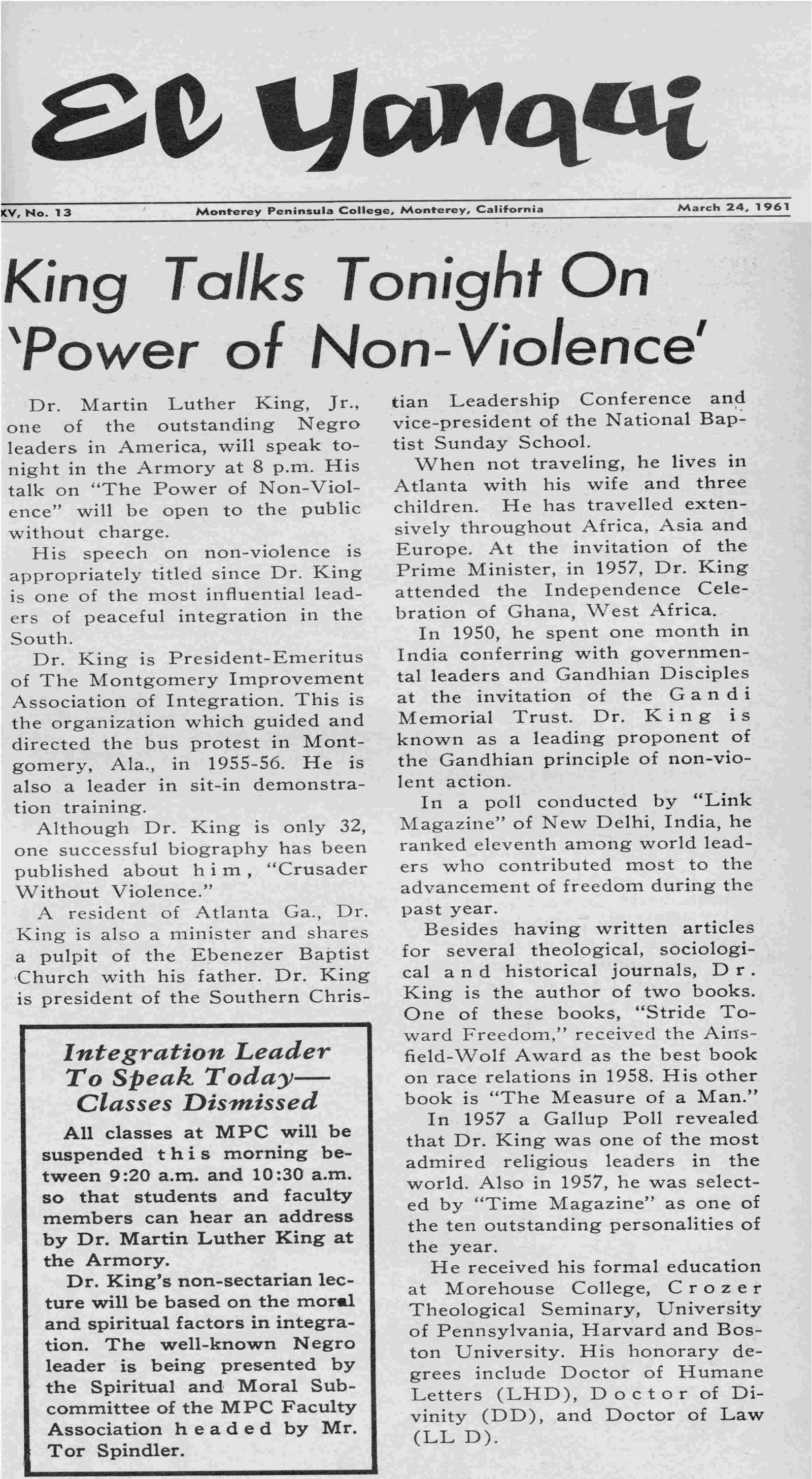 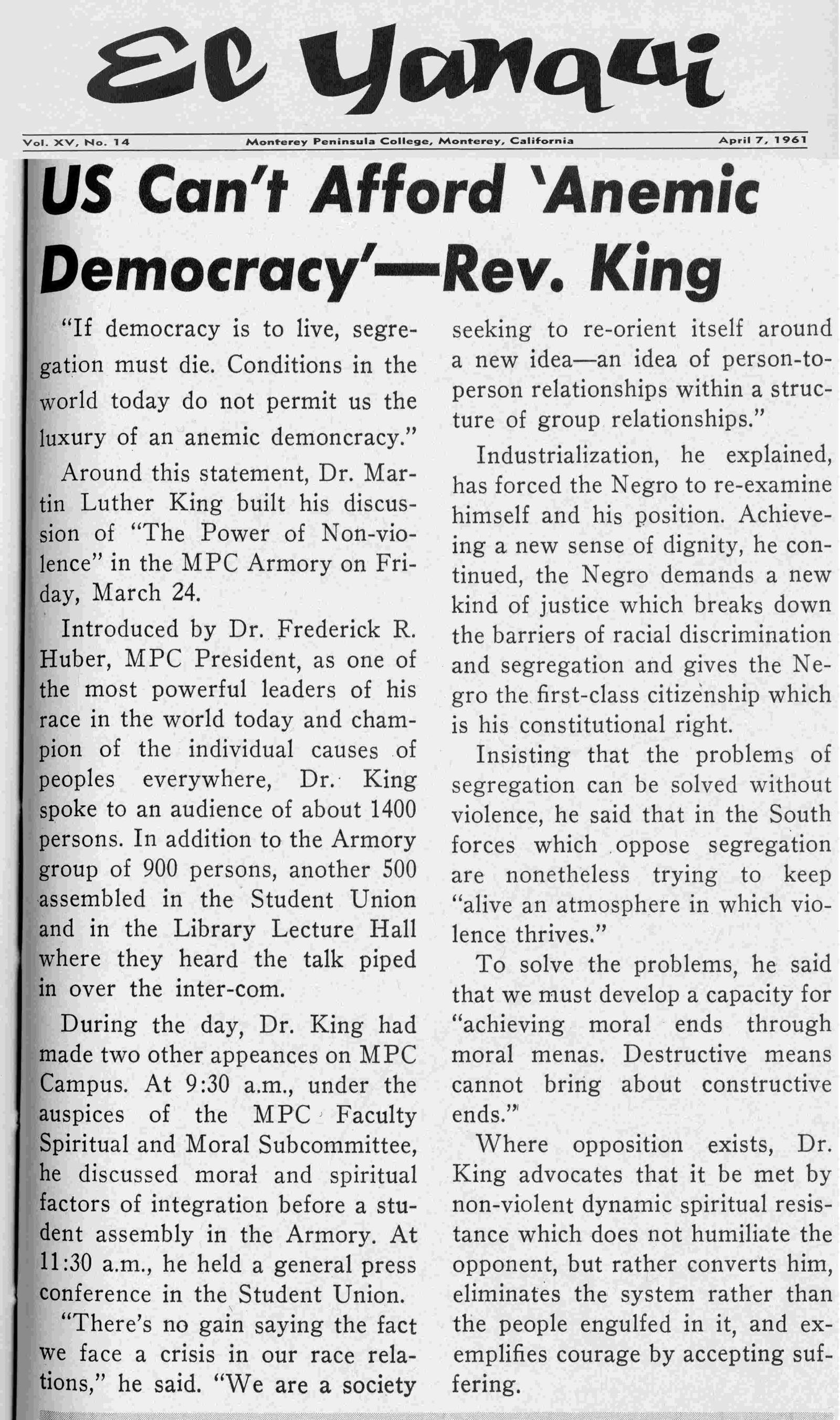