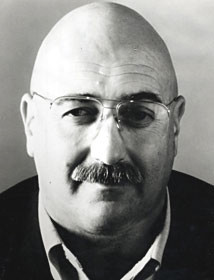 In the spring of 2005 the Peter J. Cutino Scholarship Award was established to honor the outstanding male and female sophomore student athletes at Monterey Peninsula College.  The chosen athletes embody the Cutino spirit by exemplifying excellence both athletically and academically. The awards are given during the annual MPC Hall of Fame Banquet.

Peter J. Cutino was born in Monterey in 1933. Pete grew up in and around Monterey. He attended Monterey High School and Monterey Peninsula College before transferring to Cal Poly, San Luis Obispo. He starred on the swim team at Monterey High and MPC, and earned all-conference honors for three season at Cal Poly, graduating in 1957, and being named their Outstanding Athlete the same year.

In 1963, Pete began coaching water polo and swimming at the University of California. At Berkeley each of his swim teams from 1963 to 1974 had a winning season, and his water polo teams established an unprecedented record of winning eight NCAA titles, as well as having been the runner-up four times. In his 26 years as a coach at Cal, Pete was the all-time most winning coach in U.S. water polo history. Pete retired in 1989 on the momentum of a 33-game win streak and a second straight NCAA title. He coached 68 All-Americans, six Pac-10 and NCAA Players-of-the-Year, and many Olympians. He was the head coach of the U.S. National Water Polo team from 1972-76.

Pete returned to the community he loved in 1989, when he served as the Director of the Monterey Sports Center. Pete fought relentlessly - and unflinchingly - on behalf of building pools suitable for water polo and swimming training and competition. For Pete it was always about providing opportunities for everyone of all levels, from the beginner to the world-class athlete.

Pete was frequently honored as an educator and coach. He was presented the U.S. Congressional Award by the Honorable Leon E. Panetta, recognized as Distinguished Alumnus-of-the-Year from Cal Poly, and has been inducted into eight Halls of Fame, including one of the first inductees into the Monterey Peninsula College Lobo Hall of Fame. 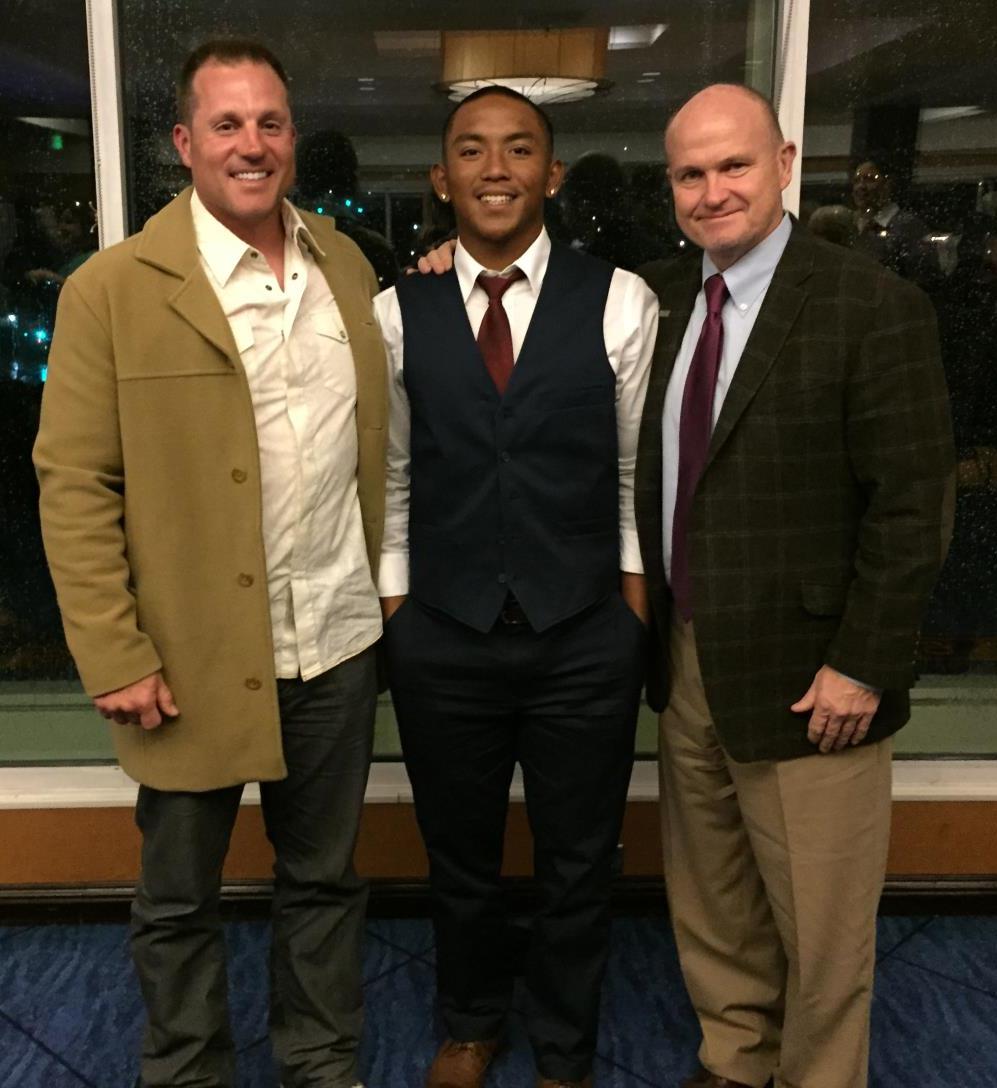 Jordan Esposo came to MPC from Monterey High School where he was a four year varsity baseball player.  An accomplished athlete, Jordan was selected 1st Team All-Conference and helped Monterey High to a Central Coast Section Baseball Championship.  Jordan maintained a 3.0 GPA in high school and considered himself an “OK” student.  Jordan selected to attend MPC because of the long relationship he and his family have with Head Coach Daniel Phillips.

At MPC Jordan has continued to grow as an athlete and student.  As a freshman he was the starting center fielder.  He finished his first season with a 330 batting average and was 12 for 12 in stolen bases.  His one home run was a walk-off to end an extra inning Coast Conference game against Cabrillo College.   He ended another conference game by throwing out the potential tying run at the plate.  This year Jordan is the Lobos’ starting shortstop and lead-off batter.  Coach Phillips noted that Jordan is a quiet leader and sets the tone for the Lobo offense with quality at bats from the lead-off position in the order.  Jordan’s abilities have impressed baseball coaches other than Phillips as he was selected as a pre-season All-American and is being recruited by a host of colleges including Michigan, Miami, Connecticut, UC Irvine and CSUMB.  He will make a decision later in the season.

Jordan has maintained a 3.0 GPA and is set to receive his AA at the end of the spring semester.  He feels he has grown as a student and credits MPC Anthropology Instructor Elias Kary for opening his mind to what education can be.  He compliments all of his MPC instructors for making learning more interesting.  Jordan plans to major in psychology with a career in law enforcement as his goal.

Jordan has made an impact in the community as well.  While attending MPC Jordan has worked for the City of Monterey and the City of Pacific Grove.  He has volunteered as a youth coach and helped with baseball clinics and camps at MPC and with other Monterey Peninsula organizations.

Jordan’s talent, work ethic and proven abilities both on the field and in the classroom make him a deserving recipient of the Peter J. Cutino Scholarship Award. 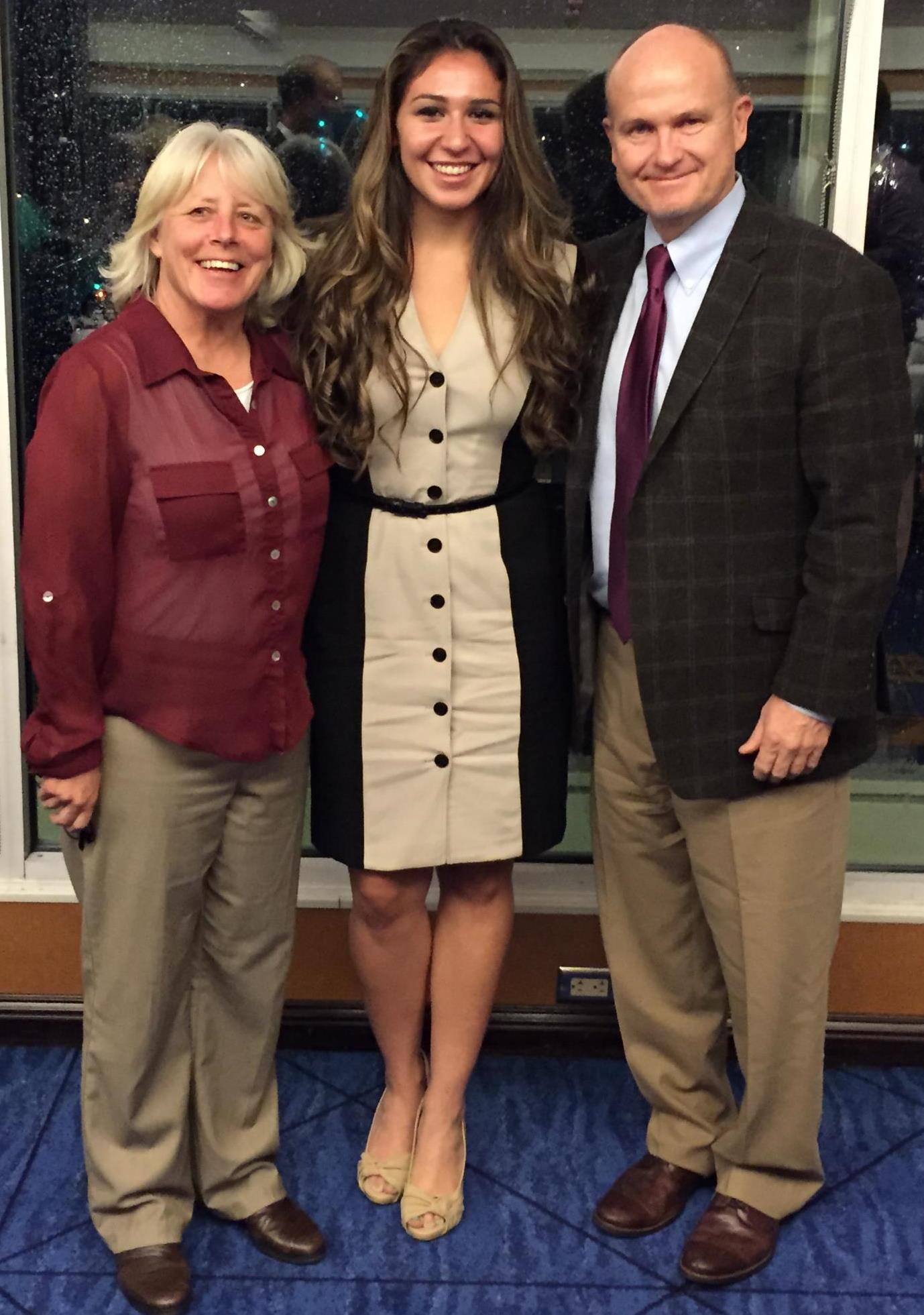 Savannah Valladarez made her way to MPC from King City High School where she excelled in three sports: volleyball, basketball, and track and field.  She enjoyed a stellar high school athletic career as her volleyball and basketball teams both made annual trips to the Central Coast Section play-offs and she became Mission Trail Athletic League Champion in the discus throw.  Meanwhile she excelled in the classroom with a 3.4 GPA in college preparatory coursework.

Savannah felt she was not quite ready for a four-year college so she moved to Monterey to attend MPC with the opportunity to continue to compete in three sports and grow in her academic pursuits.  Because of overlapping schedules, practices and academic responsibilities competing in two sports at MPC is unusual. Competing in three sports falls in the remarkable category.  “I just love the challenge,” Savannah shared.

The challenge has been met as she excelled in all aspects of her college experience at MPC.  Last fall she became the setter for the volleyball team when the anticipated setter became academically ineligible.  In basketball she played a key role for the Lobos off the bench by providing defensive intensity and energy.  She is now rounding into Track & Field shape having competed in the shot and discus in recent events.  She will complete her AA this spring with a 3.3 GPA.

She says playing for three different coaches helped her mature and understand her capabilities in the three very different activities.  She is proud of taking on the challenge of learning to set in volleyball which was not an easy task.  She noted that one of her motivations is to not let Coaches Kit Moore, Wendy Bates, or Marcus Carroll down.  Evidently she achieved her goal as all three enthusiastically supported her nomination for the award.

She is unsure of her next step in college as she is still exploring options and finalizing her major but credits MPC counselors Grace Anongchanya and Kacey Giammanco and the Trio Program for creating a family atmosphere at MPC, just like she has at home.  She also praises MPC instructors Leandro Castillo in Business and Lara Headley and Adria Gerard in English for helping her along.

Whichever path she chooses we are sure Savannah will find success.  She is certainly a deserving recipient of the Peter J. Cutino Scholarship Award.